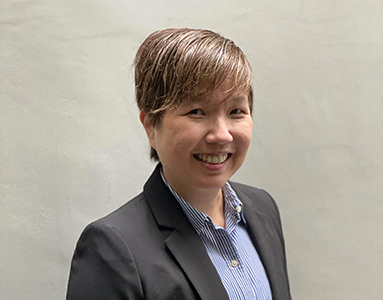 Dr Yvonne Loh is a haematologist with a special interest in haematopoietic cell transplantation (HCT) and acute leukaemias. She is also one of few haematologists in the region with specific training in HCT for severe autoimmune diseases.

Dr Loh graduated from National University of Singapore, Faculty of Medicine in 1997 and was on the Dean’s List in both her first and final professional examinations. She obtained her Membership of the Royal College of Physicians (UK) in 2001 and completed her specialty training in Haematology in Singapore General Hospital in 2005. She was accorded Fellowship in the Academy of Medicine, Chapter of Haematology in 2005 and was awarded the Singhealth Health Manpower Development Award in 2006 to pursue training in Northwestern University in Chicago, the world leader in the field of transplant for autoimmune diseases. Before leaving for private practice, Dr Loh was Senior Consultant in the Department of Haematology and the Medical Director of the SGH HSCT program, as well as Director of its Acute Leukaemia Service. In that capacity, she was responsible for crafting the procedures to streamline the care of acute leukaemia patients from diagnosis through to allogeneic HCT. Dr Loh was the principal investigator of a number of acute leukaemia and transplant studies, and was actively involved in teaching at undergraduate and post-graduate level, being a Clinical Lecturer in the YLL School of Medicine from 2009-2012.

Dr Loh set up the haematopoietic cell transplant program in 2015 in Raffles Hospital, and in her 7 years there, grew the program, with many patients from Singapore, South East Asia and from Australia and New Zealand. Prior to leaving Raffles Hospital, she was the deputy chairperson of the Cancer cluster, the Chairperson of the Blood Transfusion and Tissue Committee, the co-chairperson of the Infection Control Committee and a member of the Transplant Committee. She is a member of the Ministry of Health Bone Marrow/Hematopoietic Stem Cell Transplant Working Committee that is responsible for drafting the standards and protocols governing HCT activity under the Health Care Act. She is also a member of the American Society of Hematology and American Society of Transplantation and Cellular Therapy. Between 2007 and 2019, Dr Loh volunteered as a board member and medical advisor of the Bone Marrow Donor Program, an Institute of Public Character that operates Singapore’s registry of volunteer haematopoietic cell donors and coordinates transplant activity with international registries. She also volunteers her time with HealthServe, a charity providing medical care to migrant workers in Singapore.

Dr Loh is often invited to speak at local and regional meetings in the areas of acute leukaemia, transplant and post-transplant complications. She has also presented her research at international haematology conferences. She has served on the advisory boards of many pharmaceutical companies and been invited to speak at many educational events. She has numerous publications including in leading peer-reviewed journals like Blood, JAMA, Bone Marrow Transplantation and Lancet Neurology.