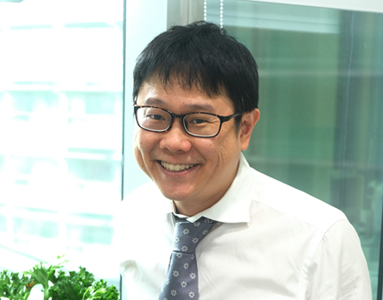 Dr John Chia graduated with double distinctions in Medicine and Surgery from the National University of Singapore in 1999, and obtained his Membership of the Royal College of Physicians in Edinburgh in 2002. Very early on in his career, he was actively engaged with the then nascent field of immunotherapy for solid cancers, and heavily involved with the leadership or development of 7 immunotherapy clinical trials in Singapore. Following his Oncology Boards, he undertook his post graduate fellowship with Professor Malcom Brenner between 2008 and 2009 – in the field of Immunotherapy for Solid Tumours – namely in the development of dendritic cancer vaccines, adoptive T cell therapy, and immune biomarker monitoring for cancers. In 2011 and 2012, he completed a second fellowship with Professor Stan Kaye at The Royal Marsden Hospital London for the Advanced Management of Gynaecological cancers.

Dr Chia was the former Chief of the Gynaecology Oncology service in the Division of Medical Oncology, National Cancer Centre, and is a founding board member of the Gynecologic Cancer Group Singapore, and the chair of its scientific sub-committee. He is a council member of the College of Clinician Scientists, Academy of Medicine, and Adjunct Associate Professor at DUKE-NUS. Internationally, he sits on the Scientific Board of the International Aspirin Foundation; and he lectures widely, in Japan, Korea, HK, China, UK – including plenary symposia lectures in Germany, Australia and ESMO Asia. He is also a consultant at several biotechnology and pharmaceutical companies – advising the development of novel therapeutics and immunotherapy for cancer.

Locally he has helped to write the Singapore ovarian and uterine cancer management guidelines (SCAN), and he sits on the Singapore Cancer Society’s Women’s Genecology-Cancer Awareness Committee. He is also sits on the executive committee of the Singapore Society of Oncology (SSO) and their Cancer-Immunotherapy-Consortium – aiming to promote access, recruitment, and immune monitoring and toxicity management for patients on immunotherapeutic treatments in Singapore. For the past 15 years, Dr Chia has run an extreme busy clinical practice. His sub-speciality interests include Ovarian, Endometrial, Cervical, Breast and Colorectal cancers – including the management of rare tumors such as melanoma, uterine sarcomas, and germ cell tumours.